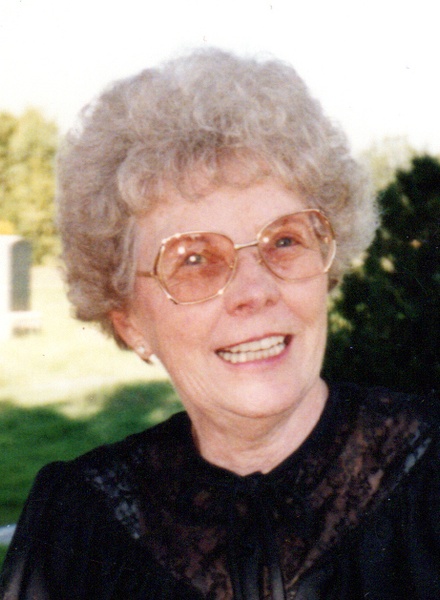 Marvel LeNore Nelson Louder Liddiard, 91 of American Fork, passed away Monday December 11, 2017 surrounded by her loving family. She was born in Canton, South Dakota, the oldest of three children on November 28, 1926 and the only daughter of Melvin and Vivian Hennings Nelson.

Her childhood was spent in Daluth, Minnesota. She moved to Pleasant Grove, Utah at the age of 17. She graduated from Pleasant Grove High School. She met  the love of her life Leland F. Louder when he returned home from World War II. They were married May 2, 1946 in American Fork. Her happiest times were spent loving and raising her children, grandchildren and even the great grandchildren.

She had many church callings, her favorite being a Sunbeam teacher for over 20 years. She enjoyed the outdoors fishing and camping. She took great care of her husband who battled cancer. He passed away November 7, 1975. After his passing she worked in the bakery at Reams and then at the Developmental Center for 1O years. During this time she married Earl Liddiard on January 17, 1981. They enjoyed traveling together. They especially enjoyed spending two winters in Hawaii with their son Mike Liddiard.

The family wishes to express their love and appreciation to Dr. Mower and Symbii hospice who helped care for Marvel. Allyson her angel nurse, Candice her CNA that so tenderly showered her, Corey and Christina the Social Workers, Wes the Chaplin, Peggy who came every month to share her talent of playing the harp and singing her favorite songs, Mariah and Lexie who came every Thursday to visit, play cards, and paint her nails.

Click to download / open
To order memorial trees or send flowers to the family in memory of Marvel Liddiard, please visit our flower store.