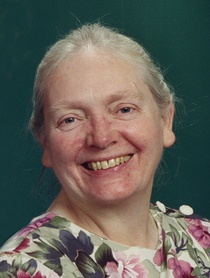 Mary Carolyn Rice Randolph, 74, passed peacefully through the veil and back into the world of spirits on Thursday, August 14, 2014 in her home in Santaquin, Utah.  While we mourn this temporary separation from her, we take comfort in knowing that we will see her again.  We also rejoice in knowing that her release from this world is met with a greater call to labor in the spirit world; for the Prophet Joseph Smith declared, “The spirits of the just are exalted to a greater and more glorious work; hence they are blessed in their departure to the world of spirits.”

Mary was born January 10, 1940  near Montrose, Randolph County, West Virginia; the daughter of E. Brooks Rice and Nora May Hoover Rice.  She was the seventh of ten children, but the first of their four daughters.  Her childhood was spent on her parents' small farm which was adjacent to her grandparents’ farm.

Mary’s parents eventually moved to Morgantown, West Virginia.  They would then split time between the new home on Stewart Street and the family farm.  Mary graduated from Morgantown High School in 1958 and  attended West Virginia University.

While attending WVU she met the man who would become her husband, D. David Randolph.  They would spend time at the Wesley Foundation and listen to Johnny Mathis records, which we were told is “the secret to falling in love.”  They were married on August 20, 1961 at Wesley Methodist Church in Morgantown, West Virginia.

After Dave graduated from WVU in 1962 and joined the Air Force, they moved across the country to where he was stationed at Edwards Air Force Base in California.  It was here that Mary would meet one of her dearest friends, Edna Maria West.  Edna was a member of The Church of Jesus Christ of Latter-day Saints and introduced Mary to the restored gospel.  Through her example, Mary was baptized into the church in 1965; then through Mary’s example, Dave was baptized in 1973.

On May 20, 1975 Mary and Dave along with their first four children were sealed for time and all eternity in the Washington, D.C. Temple.  Mary would serve in numerous church callings throughout her life, such as primary teacher, Young Women’s Beehive adviser, devoted visiting teacher, Cub Scout den mother, librarian, and the following callings with her husband:  stake missionary, church employment resource specialist, and Daily Dose (ESL) instructor.

Mary enjoyed many activities such as sewing, gardening, reading books, and serving her family, friends and neighbors. Mary enjoyed finding gifts for others. She encouraged two of her sons to become Eagle scouts. However, Mary’s greatest joys were simply being a wife, mother, and grandmother.  Her example of love, tenderness, charity, and compassion are the legacy that she has passed on to her family and friends.

To order memorial trees or send flowers to the family in memory of Mary Randolph, please visit our flower store.