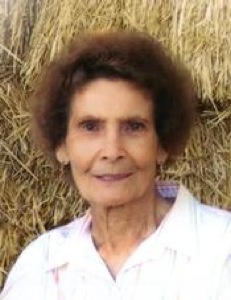 MaryLynn Roberts Christensen Fryer Everett of Nibley, Utah (formerly of Goshen) died following an extended illness on November 9 , 2011. She was born to Henry and Virginia Elton Roberts January 25, 1929. She grew up in Goshen and received her primary education in Goshen and Payson schools. She graduated with a secondary teaching degree from the University of Utah. She taught at Tintic High School for a number of years. She taught at Payson Junior High and worked as the media specialist for 20 years before retiring.

She married Dan Christensen August 26, 1949. Together they had five children. They were later divorced. She married Don Fryer November 11, 1989. He predeceased her on July 7, 1995. She then married Don Everett and together they spent their golden years traveling, making friends, and enjoying each other's company.

Funeral services will be held Saturday, Nov. 12th at 1:00 p.m. at the Goshen Ward Chapel where friends and family may call from 11:00 a.m. to 12:45 p.m. prior to the services. Interment, Goshen Cemetery under the direction of Holladay Brown Funeral Home, Santaquin.

MaryLynn's family would like to thank her loving care providers at the Cache Valley Assisted Living Center and at Alpine Home Health for the consideration extended to MaryLynn and her family during her final days.

To order memorial trees or send flowers to the family in memory of MaryLynn Everett, please visit our flower store.