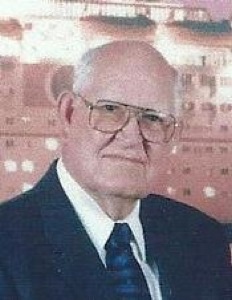 Maurice Earl Reese, 83, passed away Saturday morning, July 14, 2012 in Payson, Utah, surrounded by family. He was born in Mutual, Carbon County, Utah December 24, 1928 to Daisy Jean Petersen and Hamit Alan Reese. When he was in elementary school his family moved to Price, Utah where he graduated from Carbon High School. During High School he had a very active social life and enjoyed playing football, performing in school plays and dancing. After high school he attended Carbon College and Utah State University and enlisted in the Navy where he served during the Korean conflict.

He was sealed to Marie Hellewell in the Logan Temple, June 30, 1953. They just celebrated their 59th wedding anniversary. They have three children; David (Jody), Susan Tatom (Brad), and Janet Shanks (Darren); 12 grandchildren and 18 great-grandchildren.

He was preceded in death by his parents, his brothers Darwin and Scott, and his sister Jean (Clement).

Maurice was a civil engineer and worked on several projects around California and Utah. After 32 years of service, he retired from the California State Department of Water Resources at the age of 62. After retirement he and Marie enjoyed traveling around the world and the United States.

Maurice was very service oriented, and you could often find him stopping to help someone in need, no matter the day or hour. He and his wife served 18 months in the LDS Pennsylvania, Pittsburgh mission, as well as 5 years in the Oakland LDS Temple as ordinance workers. Besides serving others, his main hobby was gardening, and he loved sharing his produce and gardening expertise with people at church and in the neighborhood. He will be dearly missed by his family and friends.

Funeral Services will be held at the Santaquin North Stake Center, 545 North 200 East, on Wednesday, July 18th at 1 pm where friends may call from 11:45 to 12:45 prior to services. Interment, Santaquin City Cemetery with Military Rites by Santaquin American Legion, Post 84.

To order memorial trees or send flowers to the family in memory of Maurice Reese, please visit our flower store.