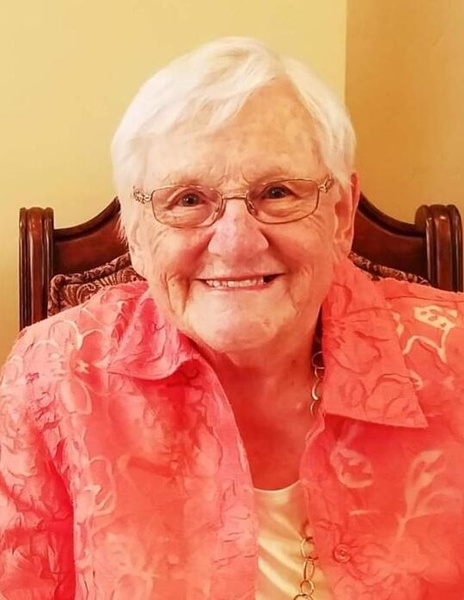 Merle was the oldest of three girls and lived in Park City and Draper growing up and attended Jordan High School. Her father passed away suddenly when she was 17 years old and her family then moved to Provo. Soon thereafter, she met Sherman Jones who was a student at BYU. They quickly fell in love and were married September 13, 1950 in the Salt Lake Temple. They moved to the family farm in Delta, Utah and had four children. They later moved to Santaquin and started a successful concrete business specializing in concrete irrigation ditches and canals. Two more children followed.

Merle loved her children and grandchildren and had many close friends. She was active in the Church of Jesus Christ of Latter-day Saints and had a strong testimony of the gospel of Jesus Christ. She was especially interested in genealogy and family history and spent countless hours indexing. She enjoyed vacations and outdoor activities with her family, especially trips to Lake Powell. She had a green thumb and enjoyed a large garden with several fruit trees. She lost Sherman in 2016 and spent the last three and half years of her life at the Seasons of Santaquin rest home where she loved the staff and fellow residents.

Funeral services will be held Tuesday, February 16, 2021 at 11:00 am at the Santaquin Downtown LDS Church, 90 South 200 East, where family will greet friends from 10:00 to 10:45 am prior to services. Interment, Santaquin Cemetery. Those attending are asked to follow all mask and social distancing guidelines. A link to view the services will be provided for those not able to attend.

To order memorial trees or send flowers to the family in memory of Merle Jones, please visit our flower store.