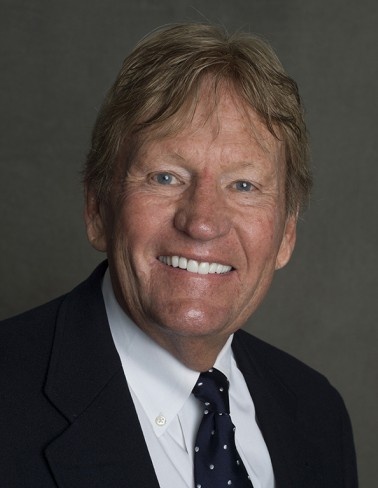 Our beloved husband, Dad, Papa, brother, friend and hero, Michael Glenn Carter, passed away at home on Thursday, January 28, 2021 from respiratory failure caused by Covid-19.  He was born in Provo, Utah on March 27, 1946.
Michael was born to Melba Edwards Carter and Milton Glenn Thomas who divorced shortly after Michael’s birth. He and his mother spent his first three years in the loving home of his grandparents, Philo and Addie May Edwards along with his many aunts and uncles (14 of them).  They all adored and loved Michael and saw him as a special part of their family. Melba then married Ned C. Carter who became his dad.
Michael attended Grandview Elementary, Dixon Jr High School where he met the love of his life, Jary Kelsch, and he graduated from Provo High School in 1964. He later attended Southern Utah University and Brigham Young University.
He enlisted in the US Army the summer after high school and served an honorable six years in the Army Reserves.
Michael married his eternal sweetheart, Jary Kelsch, in the Salt Lake Temple of the Church of Jesus Christ of Latter-Day Saints on October 7, 1966. He has always been Jary’s best friend, her provider and protector and the love of her life.
He began his career as a Real Estate Agent, Broker and Developer shortly after their marriage. He managed many successful projects beginning in Sun Valley, Idaho and ranging though out the state of Utah over the span of his career. Michael loved the people he met through his work and continued working until just days before he passed.
Michael became the cherished dad of 4 adoring daughters beginning in 1969. Amy, Tiffany, Melissa and Tracy consider him their rock, their safe place, their greatest cheer leader and their hero. He taught them countless life lessons that will live on with them forever. He is the treasured Papa to 15 grandchildren (9 grandsons and 6 granddaughters) and to 4 great grandsons. He made each one of them feel important. He never missed a chance to tell them how proud he was of each of them and how much he loved them.
Michael was a member of the Church of Jesus Christ of Latter-Day Saints and served faithfully in many callings in the church. He lived a Christ-like life in so many ways.
Michael enjoyed many hobbies but his passion was automobile racing. He studied, collected, owned, restored and even raced many exotic and vintage cars. He was currently restoring a 1956 Austin Healey 100-M. Time stood still for him when he worked on his cars.
Michael is survived by his wife of 54 years, Jary Carter, daughters Amy Ashton, Tiffany (Jon) Nelson, Melissa (Cliff) Maag, and Tracy Carter; his 15 grandchildren and 4 great grandchildren; 1 brother and 2 sisters: Ned J. Carter, Marsha Atkin and Debi Stika. He was preceded in death by his parents, grandparents and sister, Suzanne Rodriguez.
Michael chased every one of his dreams and nothing was ever impossible to him. He loved fiercely and would sacrifice anything and everything for his family. He raced life full throttle and finished a champion.
He loved the quote “the main thing is to keep the main thing the main thing” he always practiced this and we will strive to follow his example.
Funeral services will be held Saturday, February 6, 2021 at 12:00 pm at the Santaquin East Stake Center, 548 S. 400 E.  Family and friends can greet Michael’s family before the funeral between 10:00-11:30 am Saturday. Interment will be at the Provo City Cemetery. Those who can’t attend the funeral are welcome to join us at the cemetery at approximately 2:00pm. We encourage all who attend to follow all mask and social distancing guidelines. Condolences can be expressed at www.brownfamilymortuary.com.

To order memorial trees or send flowers to the family in memory of Michael Carter, please visit our flower store.