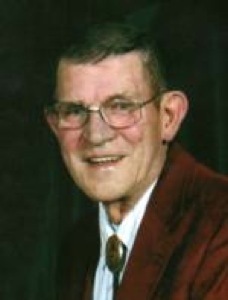 On Monday, November 8, 2010, Michael Ray Draper passed away of a broken heart. Mike was born March 7, 1942 to Burke and Ruth Draper. He was raised in Genola and graduated from Payson High School in 1960. After graduation he married Kay Wyler and together they had a daughter, Karen Marie. They later divorced. On July 8, 1967 Mike married the love of his life, Mary Lou Taylor. They spent almost 42 years together before she passed away last year leaving him broken-hearted and lost. They had 3 children together - Michael Lee, Rodney Ray and Heidi Ann. Mike was so lonely without Mary Lou and he will be so much happier with her again.

Mike worked at Dugway in the lab and later went to work as a carpenter. He worked many years and places doing carpentry work. He was an artist when it came to cement work and rolling trusses.

He is survived by his children, Karen (Scott) Loper, Sierra Vista, AZ, Mike (Rhonda) Draper, Rodney (Shena) Draper, and Heidi (Mark) Davis, all of Eureka; 11 grandchildren and 8 great grandchildren with one more due in a couple of months; his siblings, Elton (Rose) Draper, Bryan (Carol) Draper, both of Genola, Lily (Roger) Kirkham, Ferron, Stephen (JaneAnn) Draper and Mark (Stacey) Draper, both of Delta. He was preceded in death by his parents and his wife, Mary Lou.

Funeral services will be Saturday, November 13th at 10:00 am at the Tintic Elks Lodge in Eureka. The viewing will be Friday from 6 to 8 pm at the Holladay-Brown Funeral Home, 66 South 300 East, Santaquin and Saturday at the Lodge from 9 to 9:45 am prior to services. Burial, Eureka Cemetery.

To order memorial trees or send flowers to the family in memory of Michael Draper, please visit our flower store.