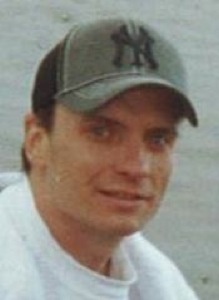 Michael Josey Kirk (aka Outlaw Josey Wales) was born on March 18, 1977 and passed away June 8, 2013 after a fatal car accident in Minot, North Dakota.

Josey spent most of his life in Santaquin, Utah. He spent the last 3-4 years in Parshall, North Dakota doing drywall. Josey's passion for drywall began early. His father, Mickey, mentored Josey from the young age of 8 in the art of drywall. Josey loved Mother Nature and anything to do with the outdoors. He felt that hunting, fishing, hiking, camping, and shed horn hunting brought him closer to God, his Creator. Josey lived his life on the edge, always looking for excitement. Josey had a big heart and was always bringing home stray animals. Everyone knew Josey would give you the shirt off his back and he did so many times throughout his life. He had a strong testimony of a Higher Power.

Josey will be missed by his mother Debbie Kirk (Santaquin), brother Kenyon Jerry Kirk (Santaquin), and sister Shelsee Kirk (West Valley City). He had a special love for his Grandma Ruby Kaletta (Santaquin) and his son Braydon Micklee White (North Salt Lake). Josey was very close to his nephews, Stetsen, Tanner, and Joshua (West Valley City). He will be missed by many aunts, uncles, and cousins. One friend Josey could always count on was Josh Nelson (Santaquin). Josey had numerous friends and loved ones that his memories will live on through.

In lieu of flowers the family asks that donations be made at any US bank under "Debbie Kirk memorial fund for Michael Josey Kirk" or you can make a direct deposit to www.excusemewhileichangetheworld.com/josey to help cover funeral costs.

To order memorial trees or send flowers to the family in memory of Michael Kirk, please visit our flower store.