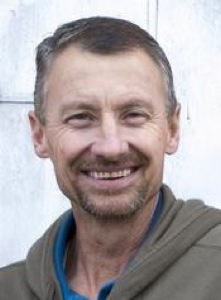 Our beloved husband, father and brother, Michael Scott LeBaron, was called home to his Heavenly Father November 20, 2012 after a valiant 13 month battle with pancreatic cancer.

Scott was born January 24, 1963 to George Wendell and Nelda Topham LeBaron. He was born and raised in Genola and Payson, later settling in Santaquin with his family.

His greatest loves in life were his family, the outdoors and serving others. He left behind a legacy of hard work and dedication. Nothing he did was less than perfect. His greatest accomplishment was raising his three sons to be examples of love, servitude and hard work. He left this life knowing his sons were the men he raised them to be.

He married LynnAnn Larsen June 26, 1987 and they were sealed for time and all eternity in the Manti LDS Temple June 26, 2002. They enjoyed 25 years together before his passing.

Scott is survived by his wife, LynnAnn, and their three sons, Michael (Kenzie), Wesley and Devin; his brothers and sisters, Kathryn (David) West, Jay Draper, Wendy (Dean) Swenson, George LeBaron and Jane (Brent) York. He was preceded in death by his parents, a sister, Dana Draper, a brother-in-law, Ned Dunford, and a nephew, Jeff Swenson.

The family would like to thank Dr. Rich and staff at the Utah Cancer Centers for their dedication.

The family suggests donations in lieu of flowers be made to the Huntsman Cancer Institute.

To order memorial trees or send flowers to the family in memory of Michael LeBaron, please visit our flower store.