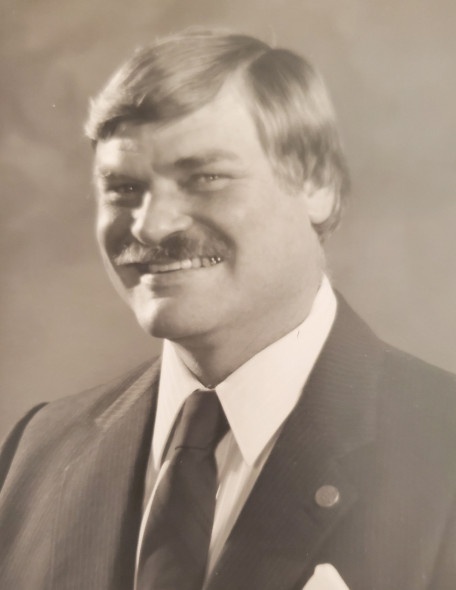 Myron was born May 6, 1940 in the mining community of Park City, Utah to Carl Felix Carpenter and Gerta Spendlove Harvey.  Shortly after he was born, the family moved to Boulder City, Nevada where Myron attended grade school and high school.

Myron met the love of his life, Paulette Sorensen, and they were married in 1962 in Eureka, Utah. Together they moved to California where Myron worked as a carpenter and plumber for one year and then moved to Eureka, Utah where Myron started a career in mining. He first started working at the Tintic Standard as an underground miner then moved to the Bergin mine where he moved up into management. Myron was the underground superintendent and was a member of the mine rescue team at the Bergin mine.  After 30 years of mining, Myron and Paulette started their own business in Eureka called the Carpenter Station and ran it for 35 years before retiring. Myron was a member of Jeep Patrol, member of the Firebird Motorcycle Club, and a member of the Eureka School Board. Later in their life they enjoyed spending time at the Hale Center Theater watching plays.

Myron was initiated into the Protective Order of Elks, Tintic Lodge #711 in Eureka, Utah in 1963. He held multiple chairs and was a lifetime member.  He proudly served as the Elks Lodge #711 Exalted Ruler from 1975-1976, District Deputy Grand Exalted ruler from 1982-1983 and State President from 1986-1987. Myron was particularly proud of one of his greatest accomplishments which was traveling throughout the state to meet with the local Elk Lodges while directing 17 committees. Myron was dedicated and passionate about his involvement with the Elks and loved to give back to help the community including the Veteran Memorial Center in Salt Lake, Camp Wapiti and other charities and civic projects for youth and the elderly.

He was preceded in death by his parents, Carl and Gerta, and a sister Connie Harvey.

Myron was a great leader, compassionate and caring, and a wonderful, loving family man. He was an all-round exceptional person, well loved and respected by all. He will be greatly missed by many.

The family would like to give a special thank you to Brown Family Mortuary, Tintic Elks Lodge, Ladies of Elks.

A memorial service to celebrate Myron's life will be held Saturday July 30, 2022 at 11:00 a.m. at the Eureka Utah Tintic Elks Lodge in Eureka, Utah. Lunch will be provided.

To order memorial trees or send flowers to the family in memory of Myron Carpenter, please visit our flower store.