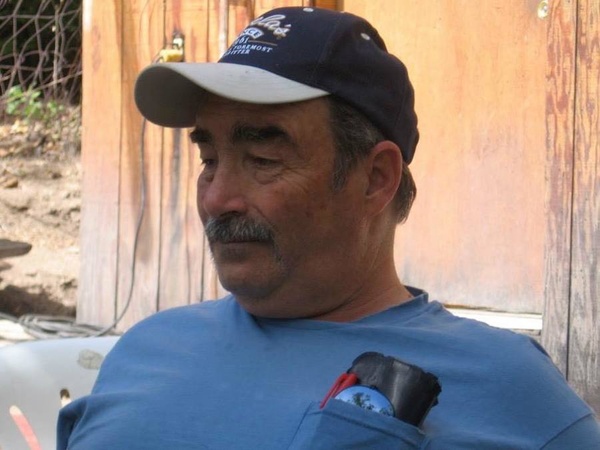 Ned S. Allinson "Stormy", 67, of Eureka, Utah passed away Sunday, July
16, 2017, at his home after battling cancer for six years. Stormy was
born on January 14, 1950 to Ned and Dorothy Allinson.  He lived his
his entire life in Eureka, graduating from Tintic High School. He
married Adele Nebeker (now Pagnani) in 1972, later divorced.  He was
an avid volunteer, serving on the Eureka Fire Department, Jeep Posse,
and West Juab Ambulance for more than 40 years, holding every position
possible.  He was a loving father, "Grandpops", and uncle; spending as
much time as possible with his children, grandchildren, parents,
brothers, sister, nephews, and nieces.  He worked at the Burgin mine
as an electrician. When it closed, he then worked at Dugway Proving
Grounds as a medic, electrician, and later retired as the Director of
Housing.  Storm loved spending time with family, especially at the
cabin and during family hunting trips.  He was preceded in death by
his father Ned Allinson and is survived by his mother Dorothy Allinson
of Eureka; 1 sister: Launa (Glen) Jones of Riverton; 3 brothers: Bob
(Carol) Allinson of Cedar City,  Randy (Margaret) Allinson of Goshen,
Chad (Karen) Allinson of Eureka; 5 children: Hawlii Allinson, Klay
(Mary Ann) Allinson, Lacey (Shane) Grange, Cole (Heather) Allinson,
and Wyatt (Jennie) Allinson; and 6 grandchildren: Kaprese and Kanese
Allinson (Klay), Alyssa Grange (Lacey), Avery and Everett Allinson
(Cole), and Kymber Allinson (Wyatt).  Stormy was born during a bad
winter storm, hence his nickname, and passed away during a rainstorm.
Services will be held on Friday, July 21, 2017 at 11am at the Elks
Lodge in Eureka, UT. Visitation will be held Thursday evening, July
20, 2017 from 6 to 8 pm and an hour prior to the services at the Elks
Lodge in Eureka, UT.
Contributions to the family made in his honor will be used to support
Eureka volunteer emergency services.

To order memorial trees or send flowers to the family in memory of Ned Allinson, please visit our flower store.