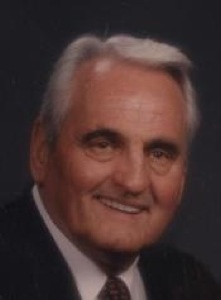 Neil Kohler Holbrook moved from this realm to the next on March 24, 2013, attended by his children, ending a battle with cancer.

He is survived by his children Kevin (Jill) Holbrook of Fruit Heights, Becky (Bart) Simons of Provo, Debbie (Darrell) Wiley of California, Heidi (Dave) Perry of Pleasant Grove; 29 grandchildren, 51 great-grandchildren, siblings LeGrand, Fred, and Mary. He is preceded in death by his beloved wife Colleen Allred, grandson Daniel, and brothers Douglas and Garth.

Neil was born February 16, 1925 to Keith and Geneve Holbrook in Malad, Idaho. He married Colleen Allred in the Salt Lake Temple on November 22, 1948.

Education was a life-long treasure to Neil. He attended East High School, U of U, Utah State, University of San Diego, and Golden Gate Law School with multiple degrees. His careers were also diverse and fulfilling from Dairy Manufacturing to Law to Alternative Energy. His favorite pastime was gospel study and teaching. Neil was the last surviving original member of the Navy's frogmen of World War 2, a forerunner of the Navy Seals.

He served 4 missions for the Church of Jesus Christ of Latter Day Saints. He was a loved and respected patriarch.

To order memorial trees or send flowers to the family in memory of Neil Holbrook, please visit our flower store.