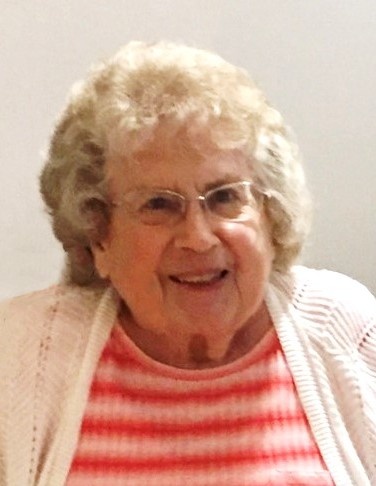 Nelda W. Orton, 83, passed peacefully from this life on October 18, 2019. Her 83 years on earth were spent in service and love for those around her.

Nelda was born on December 14, 1935, in Joseph City, Arizona to Marius Fenn and Elaine John Westover. She was the oldest of seven children. She attended schools in Joseph City and high school in Holbrook, Arizona. She graduated from Holbrook High School where she was in student government, the band, the choir, and the Drum & Bugle Corp. Following high school, Nelda lived at the Beehive House while she attended comptometer school in Salt Lake City, Utah. She was employed at the Church Office Building for the Church of Jesus Christ of Latter-day Saints and prepared confidential reports for the General Authorities. She enjoyed singing in a quartet while living in Salt Lake City.

While Nelda was living in Salt Lake City, she was introduced to Ken Orton on a blind date. Ken was on leave from the Air Force. They continued their friendship through letters and were later engaged. Ken and Nelda were married in the Salt Lake Temple on February 16, 1955. After their marriage, they moved to San Marcos, Texas where Ken was stationed in the military.

After being discharged from the Air Force, Ken and Nelda moved to Provo, Utah while Ken completed college at BYU. After BYU graduation, they moved with their three children to Payson, Utah where they had five more children. In addition to raising with love eight children, Nelda and Ken also took eight foster children into their home and hearts.

Nelda’s focus in life was always outward. She was a very unselfish person. She devoted and dedicated her heart and soul to taking care of her husband and children. Her main priorities were her family. She was also very devoted to the Church. She had many church callings.

Nelda was very accomplished in piano and organ and taught piano lessons and organ workshops. She helped her husband with his Real Estate business, Nebo Agency, Inc. She found joy in welcoming each new grandchild and great-grandchild into the family.

She worked hard to develop the talents that she had been blessed with. Her love for music has blessed the lives of countless people. She played for many special occasions. She believed in good music–the universal language of love. She believed that many sermons could be taught through good music.

Nelda was preceded in death by her husband, Ken; her son, Kevin; her sister Evelyn; her brother Myron, two grandsons: Darrin and Joshua; and her granddaughter-in-law Evelyn.

The family would like to express gratitude for the many kind health care professionals at Seasons of Santaquin and the Mervin Sharp Bennion Central Utah Veterans Home for their kind and loving care for Nelda during the past few years. We would also like to thank the teams from I Care Home Health and A Plus Hospice for their loving and tender care of such a valiant woman who had patience in suffering.

To order memorial trees or send flowers to the family in memory of Nelda Orton, please visit our flower store.