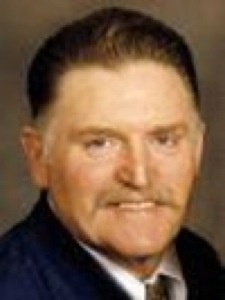 Norman George Beardall, 76, passed away on Tuesday, April 28, 2009. Norman was born on September 11, 1932 in Provo, Utah, to Jasper Jay and Raisa Jacobson Beardall. He married Dorothy Mae Kinsey Kaufman on January 14, 1956. Their marriage was later solemnized in the Provo Temple. He dedicated his life, talents and energy to Dorothy and their five children.

Norman attended Provo schools, graduating from Provo High in 1950. As a boy, he worked with his family on their small farm. He also worked for many farmers and fruit growers in the area. Norman served his country honorably in the Air Force as a member of the Strategic Air Command. He traveled to and was stationed in many countries around the world. He was a welder foreman, employed at Bonham/Skyline Industries and Geneva Steel, where he retired.

He enjoyed horses, riding, raising and breeding mules, hunting, fishing and camping. He loved the outdoors, and doing all things with his family. Norman had an unconditional love for all, no matter their circumstances and he was a great teacher of the value of hard work.

Funeral services will be held Saturday, May 2nd at 12:00 noon in the Santaquin Fourth Ward, 345 West 100 North where friends may call from 10:30 to 11:45 am. Interment will be in the Santaquin City Cemetery with full military rights. Services under the direction of Holladay-Brown Funeral Home, Santaquin. The family suggests donations be made to the Primary Children's Medical Center.

To order memorial trees or send flowers to the family in memory of Norman Beardall, please visit our flower store.