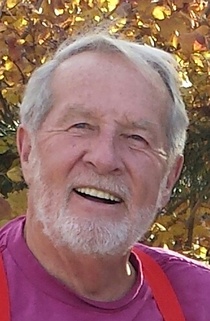 Listen to an audio recording of the service:

He was born on June 16, 1937 in Santaquin to Golden and Lovine Brook Taylor.

Norman married Jerri Collings. Together they raised four daughters in Orem; Kathy, Debbie, Toni and Tammy. They later divorced. He then married and divorced Sherri Tripp.

He had many talents, and was a jack of all trades.  He was proud of his hometown and enjoyed associating with the many people in Santaquin.

A visitation for family and friends will be held Wednesday, February 5, 2014 from 6 to 8 pm at the Brown Family Mortuary, 66 South 300 East, Santaquin.

Funeral Services will be held Thursday, February 6, 2014 at 11:00 am at the Santaquin LDS Chapel, 345 West 100 North.  Visitation will be one hour prior to services.  Interment will follow in the Santaquin City Cemetery.

The Family would like to thank all those that have shown love and compassion at this difficult time.

To order memorial trees or send flowers to the family in memory of Norman Taylor, please visit our flower store.