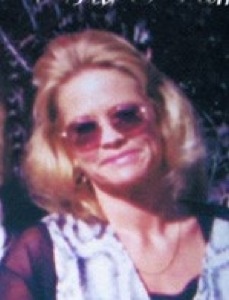 Pamela Diane Peterson Leavitt, age 54, passed away peacefully August 3, 2009 in Santaquin. She was born May 24, 1955 in Los Angeles, California to Edward Malcolm and Gloria Glee McKenney Peterson. She married Craig Leavitt May 24, 2004 in Las Vegas, Nevada. Craig passed away April 15, 2007.

Pam enjoyed reading, and loved camping and fishing. She was a talented artist creating beautiful dream catchers and hook latched rugs. She especially loved spending time with her friends.

To order memorial trees or send flowers to the family in memory of Pamela Leavitt, please visit our flower store.