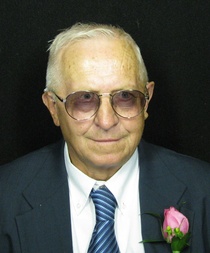 Phil LavoyThompson died November 13, 2016 at his home in Goshen, Utah.    He was born July 15, 1937 to Lorin and Celeste Thompson in Beaver, Utah.  Phil graduated from Tintic High in 1955 where he began a life-long love of working with his hands.  He married Madge Kirk June 28, 1957 in the Manti Temple.  He leaves behind his sons Andy (Teresa), Tim (Shauna) and daughter Lynette; eight grandchildren and five great grandchildren.

The outdoors was where Phil was at peace and found great joy.  He loved spending time with his family on camping trips, rock hounding, hunting, fishing, riding ATV’s and for the last few years his UTV…which he proudly called his buggy.   He whittled and was always making things from wood and metal that are displayed throughout the Thompson home and yard.   He was a practical joker and loved making people laugh with his funny stories.  Phil was a Miner for almost 40 years; 20 years of his mining career was spent in the mines around Eureka. He liked mining and collected many crystal and ore specimens.

At the age of 78 Phil drew a very coveted buffalo tag on the Henry Mountains.  With the help of a great guiding crew including his sons, grandson and cherished friends, Phil was able to bring home one of the biggest buffalos on record for the Henry Mountains.  He was proud beyond measure and loved telling the stories and adventures of that hunt.

Phil and Madge served an LDS mission to Martin’s Cove where they shared the love of the Gospel.  Later they served another mission to Six Crossings.   Phil was a faithful member of the Church of Jesus Christ of Latter Day Saints and served in various callings.  Phil and Madge served in the Provo and Payson temple.   Survived by his brother Jay.  The family would like to thank The Energy Workers of America Healthcare for the love and concern they showed our dad during the last few years.  He enjoyed spending time with the caregivers that were in his home since Madge passed away.

To order memorial trees or send flowers to the family in memory of Phil Thompson, please visit our flower store.