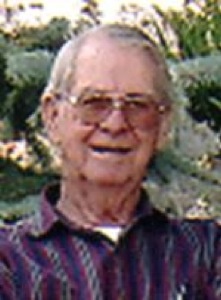 Philip Donald Treloar was born in Eureka, Utah on September 4, 1920 to William H. and Pansy Gray Treloar. "Don" passed away May 19, 2010. His wishes were to be cremated and his survivors will observe private services.

He is survived by daughters, Theresa J. (Frank) Clements and Deborah Treloar, both of Eureka; and a granddaughter, Tonia J. (Nick) Cook and great grandchildren, Caleb and Natasha, of Las Vegas. Don's wife, Helen Maxine Taylor Treloar of Santaquin, preceded him in death in 1995.

Don was a WWII Naval Veteran and was on the battleship USS South Dakota. He was honorably discharged. He also was a Mason and a former Mayor of Eureka which he greatly enjoyed. He had a great love for his many friends and neighbors, plus working in his yard the best he was able.

Dad, you were loved and we will see you soon on Paradise Earth.

To order memorial trees or send flowers to the family in memory of Philip Treloar, please visit our flower store.