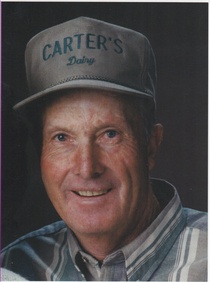 Delos graduated from Provo High School.  While in High School, he was active in the Future Farmers of America (FFA).  He served as Chapter President, and was the recipient of the Utah State Farmer Award.  He continued his education at the Vocational College, studying farm mechanics and welding.

He served in the Utah State National Guard from 1961 to 1966, and received an Honorable Discharge.

Delos married Cleo Edwards, of Orem, on February 20, 1962.  They were later sealed in the Salt Lake Temple.  Delos and Cleo have nine children, five daughters and four sons.

He worked at General America Transportation Corporation as a welder and fitter, and farmed part time.  After the death of his father in 1967, he went into partnership with his mother and younger brother and became a full time dairy farmer.  In 1985, Delos and Cleo purchased a dairy farm of their own and moved the family to Genola, Utah, where they built a successful dairy business.  He was a very hard working and skilled farmer, and was well known for his straight rows of corn.

Delos loved spending time with his family.  He taught them how to work hard, do a good job, be dependable, and always be honest.  He also enjoyed playing kickball, ice skating, sleigh riding on an old car hood, hunting, and fishing.

Delos was a quiet, gentle man with a big heart.  His strength and wisdom will be missed.  He was a lifelong active member of the Church of Jesus Christ of Latter Day Saints.

The family would like to thank the staff of Encompass Hospice for the compassionate care they provided.

To order memorial trees or send flowers to the family in memory of Preston Carter, please visit our flower store.