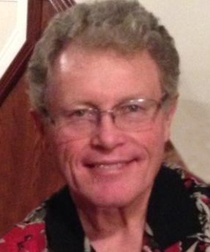 Our beloved Preston Dean Wright of Payson, Utah, at 59 years old, passed away July 1st, 2014. Being the son of Norman Edgar & Carolyn Larene Wright, a happy re-union will take place with his parents who preceded him in death.

Preston was born in Murray, Utah.  In 1973, he graduated from Pleasant Grove High School where he had great joy being part of the football team, and playing baseball and softball.   After high school, and Seminary graduation, he served a 2 yr. mission from 1974-76 for the Church of Jesus Christ of Latter Day Saints in the Delaware-Maryland region.

After arriving home, he met and married Terie Haunsler, and from that union, six beautiful children were born. Four sons were named Brandon, Eric, Troy, & Jed, and two daughters were named Karlie Jo & Rosena. Sadly to all, little Rosena returned to her Heavenly Father a few months after her birth, but there is happiness today, as they re-unite.

Later, Preston married Cindy Meldrum and assisted in lovingly raising her three children: Jeremy, Melinda, and Alena as their step-father.

Preston loved construction and building and was expert in the Siding business. He loved to fix and repair and invent gadgets. While young, he worked for Southam &Warburton’s, and later became employed with Longview Fibre (Kapstone) as their water purification Chemist/Engineer and faithfully served there for over ten years.

Preston loved dancing and music and met his grieving surviving wife, Elizabeth Bennington Wright at the LDS Single Adult dances, where there was an immediate attraction. They were married 9 months later on Valentines’ weekend on Feb 18th, 2011.

Those remaining who will sorely miss him are his Step-mother Daniel Wright and her children Mark, Don Paul, Soroya & Agnes and their families. Also he is survived by 4 brothers: Craig, Joel, Jerry, & Nathan and 3 sisters: Diane Adams, Suzanne Erskine & Kathy Wright and their families of Preston’s many nieces and nephews. His 9 precious grand-children who will miss their Grandpa are: Kira, Jaden, Jaren, Braydon, Mac, Zoe, Aimee, Tyler, and little newborn Carlee.

To order memorial trees or send flowers to the family in memory of Preston Wright, please visit our flower store.