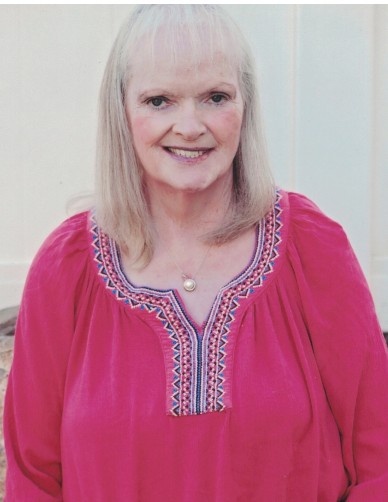 RaMona McIntyre Wilde passed away Sunday May 16 at The Parkway Health and Rehab Center in Payson, Utah of complications from a fall and early onset dementia.

RaMona was born to Samuel Howard and Pauline Kent McIntyre in Montpelier, Idaho on April 22, 1953. Soon after they returned home to Mammoth, Utah where she grew up. She attended schools in Eureka, Utah and graduated from Payson High School in Payson, Utah.

RaMona married Gary Eugene Wilde in February 1970 and they were blessed with a daughter, Monica Wilde. They were later divorced. RaMona was very talented in the art field and she went on to school to become a graphic artist. She worked for a time for Yesco Signs in Salt Lake City, Utah and then left to open her own graphic business, Wilde Creations. She also loved to create new treasures from old objects such as furniture and other decor and give it new life and purpose. She was the original "flipper" and many of her family members treasure the gifts they received from her.

RaMona is survived by her daughter Monica Wilde and grandson Chase Benjamin Spillner of Littleton Colorado; her granddaughter Sadie Leona Spillner of Wisconsin Dells, Wisconsin; her sister Re'nee McIntyre Butler (Randy) of Santaquin, Utah and her loving companion Scott Brackenbury of Spanish Fork, Utah. She is also survived by her nieces Erica Butler Penrod and Emily Butler Penrod of Genola, Utah, and Bonnie Butler Cloward of Santaquin, Utah. She also leaves behind her precious fur babies Bandit and GeeBee. She was preceded in death by her parents, S. Howard and Pauline McIntyre, her granddaughter Sarah Pauline Spillner, her nephew Caleb Howard Butler, and foster brother Lyman Loney.

Services will be held Thursday May 20, 2021 at 11:00 am at the Brown Family Mortuary 66 South 300 East in Santaquin, Utah. Family will greet friends prior to the services from 9:30-10:45 am. Burial will be at the Eureka City Cemetery following the services.

To order memorial trees or send flowers to the family in memory of RaMona Wilde, please visit our flower store.