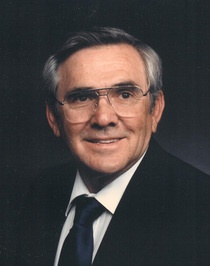 Lorry Ray Koontz, 85, passed peacefully on Friday, September 9, 2016 with his wife by his side.  Ray was born March 29, 1931 in McFarland, California to James Lee and Velma Leota Parcels Koontz.  Ray is the 9th child of 10 and was the last remaining of his siblings.

Ray spent his early childhood in the Fresno area of California.  His parents followed the fruit. They picked fruit and cotton for their livelihood.  Ray as a child helped his family. He and his family later moved to Riverside, California.  Due to his mother passing and his father’s illness he was left to be on his own at age 16.  At 17 he entered the Navy and was only there a short time due to his health.

Ray met Irene Smith, his wife to be, at a city dance hall.  Not long after they met his father passed away.  On June 15, 1950 they were married at the same Presbyterian Church and the same minister that married his parents.  Ray was 19 and Irene was 16.   Ray and Irene joined the Church of Jesus Christ of Latter Day Saints in April of 1957 and were sealed for time and all eternity in February 1959 in the Los Angles Temple.

Ray has been actively serving in the church until most recent when his health would not permit.  Some of his callings have been working with the Young Men and Scouts, in Bishoprics, Missionary work (his favorite thing to do), High Priest Group Leader, Temple Worker, and PFR in the Ward and Stake.

To order memorial trees or send flowers to the family in memory of Ray Koontz, please visit our flower store.