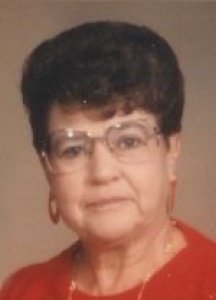 Reta Delores Hummell Bowers Isaacson, 70 of Springville died October 9, 2007. She was born October 23, 1936 in Lander, Wyoming to Carl David and Ruth Delores Williams Hummell. She married Donald Bowers who preceded her in death. She married Art Isaacson on April 14, 1972. Reta loved being with her kids and grandkids. She is survived by her husband, Art of Springville, one son Darrell (Deania) Bowers of Springville, and three daughters, Chris (Rick) Manzanares and Susan (Jose) Aldaba both of Springville, and Stacey (Ron) Diekmann of Spanish Fork; 8 grandchildren and 7 great grandchildren; 2 brothers and a sister. She was preceded in death by her parents, and a daughter Vickie Jean Bowers. Funeral services will be Friday at 11:00 a.m. in the Santaquin North Stake Center, 545 North 200 East. Friends may call at the Holladay-Brown Funeral Home, 66 South 300 East, Santaquin on Thursday from 6 to 8 p.m. and Friday at the church one hour prior to services. Burial, Santaquin Cemetery.

To order memorial trees or send flowers to the family in memory of Reta Isaacson, please visit our flower store.