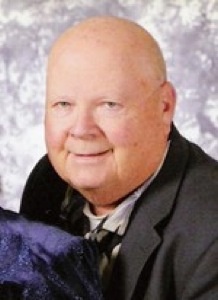 Richard Earl Meredith, Sr. was born February 26, 1941 in Los Angeles, California to Mississippi Ellen McCall and Lawson Lawrence Meredith. He passed from this life April 14, 2010 in Provo , Utah due to complications following heart surgery. Richard spent his early years in North Hollywood, California where he met and married his high school sweetheart Rosinda Aguilar Meredith on March 16, 1963 and they were sealed in the Los Angeles LDS Temple on February 6, 1971. They were blessed with six wonderful children. He is survived and mourned by all of them: Linda (Hawley), Lillian, Letitia, Lizabeth (Baldwin), Richard Earl, Jr., and Maria. He is also survived by thirteen of his grandchildren. He was preceded in death by his parents, a brother Warren DeHart Meredith, his sister Margaret Meredith Webb, and his grandson Jason Baldwin, Jr. His grandchildren are Justin and Iris children of Linda and David Hawley; Raquel Cencora and Rebecca Robertson children of Letitia Meredith; Farrah , America , Ianna, and Jasper children of Lizabeth and Jason Baldwin; Richard Earl III, Brandon, Emma, Jacob and Lindsey children of Richard Earl II and Marnie Meredith; and Roman son of Maria Meredith. His career over the years rarely ventured beyond his true love - the automobile. He began as a journeyman mechanic in Beverly Hills . In Ventura, California, he worked for Barber automotive family. He more recenlty worked as manager of AAMCO transmissions in California and Utah . At various times in his career he owned his own body shop and car wash in San Fernando and Ventura, California . He had a keen sense of humor and loved good food, but most of all he loved his family. This last year he loved serving as a missionary for the Church of Jesus Christ of Latter Day Saints at the Missionary Training Center in Provo Utah.

Funeral services will be held Saturday, April 17th at 11:00 am at the Hobble Creek 10th Ward, 495 South Canyon Road, Springville, Utah, where friends may call from 9:45 to 10:45 am prior to services. Interment, East Lawn Memorial Hills under the direction of Holladay-Brown Funeral Home, Santaquin.

To order memorial trees or send flowers to the family in memory of Richard Meredith, please visit our flower store.