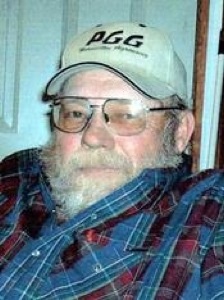 Richard served in the US Army during Vietnam.

He is survived by his wife, Nadine, and her children, Jeril & Jody, Darrin & Rachel, and Kathy, all of Eureka; 5 grandchildren; Anna's children, Anna (Sissy), Jack and Michael, all of Oregon; brothers, Ray (Jean), Jerry (Donna), Paul (Pam), all of Payson; sisters, Marilyn (Kent) Crawford, Payson, Anna Rothe, Taylorsville; and several nieces and nephews. He was preceded in death by his parents.

A viewing will be held Friday, May 27th from 6 to 8 pm at the Holladay-Brown Funeral Home, 66 South 300 East, Santaquin. Graveside services will be held Saturday, May 28th at 11:00 am at the Eureka City Cemetery.

To order memorial trees or send flowers to the family in memory of Richard Rothe, please visit our flower store.