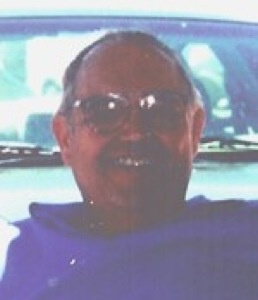 Ricardo Echevarrieta (Ricky) passed away peacefully at home of natural causes September 24, 2008. He was born September 8, 1933 in Eureka, Utah to Tony and Marie Echevarrieta. He attended high school in Montrose, Colorado where he excelled in sports and academics. He was the student body president and captain of the wrestling team. He later attended BYU on a football scholarship where he did very well. Rick especially loved his family and enjoyed spending time with them. He is survived by his wife, Dianne, of 53 years; two sons, Bret and Mark Echevarrieta, and a daughter, Leisa (Rick) Musalo; 7 grandchildren and 1 great grandchild. He was preceded in death by his oldest son Robby. He is also survived by his mother, Marie, sisters, Maryann, Joann, Marcia, and a brother, Tony. There will be a viewing at the Goshen LDS Church Sunday evening from 6 to 8 p.m. and Monday morning from 9:45 to 10:45 a.m. followed by graveside services at the Goshen Cemetery under the direction of Holladay-Brown Funeral Home of Santaquin. He was loved by his family and friends and will be missed dearly.

To order memorial trees or send flowers to the family in memory of Rick Echevarrieta, please visit our flower store.