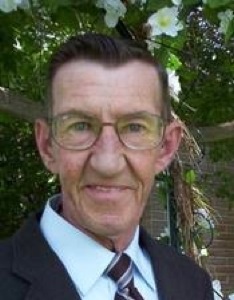 Robert Allen Garbett, 75, passed away on Friday, July 19, 2013 at his home in Eureka, Utah. He returned to his Heavenly Father, surrounded by family members. Allen was born on June 23, 1938 in Eureka, Utah to Thomas Garbett and Clara Decker Snell Garbett Bates. Clara later married Hank Bates.

Allen married Ida Irene Garbett on July 4, 1969 and together they had one son, Robert Gary Garbett (Jennifer) of Salt Lake City, Utah. Allen is preceded in death by Irene, who passed away on May 19th, 2012, also his brother; Bill (Myrna), and three sisters, Colleen (Kenneth), Gloria and Lucille.

Allen was a graduate of Tintic High School, served in United States Air Force from 1957 - 1961, and was a volunteer fireman for the Eureka City Fire Department for 25 years. He also worked in the Historic Tintic Mining district in varied capacities earlier in life. Allen lived with his wife, Irene, for many years in Eureka and he retired from Tooele Army Depot after 10 years of service. He was also a Member of the Church of Jesus Christ of Latter Day Saints.

Allen enjoyed hunting, the outdoors, and enjoyed spending time with his family. He had a positive outlook on life prior to his Sweet Wife's (Irene) passing and was a wonderful father and grandfather. We will miss him dearly.

Funeral services will be held on Thursday, July 25, 2013 at 11:00 am in The Church of Jesus Christ of Latter Day Saints, Eureka Ward Chapel located at 70 East Main Street in Eureka, Utah. No viewing but a visitation will be held at 10:00 am prior to services. Arrangements are being handled by the Brown Family Mortuary. Interment will immediately follow at the Eureka City Cemetery.

To order memorial trees or send flowers to the family in memory of Robert Garbett, please visit our flower store.