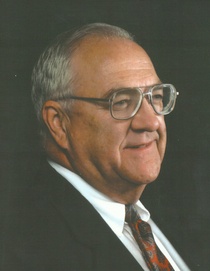 Our beloved husband, father, grandfather and great-grandfather, Robert Lee Hales, passed away peacefully on Monday, November 21, 2016 at the age of 80.  He was, and will continue to be, our example of faith, diligence, and righteous living.  He truly loved and served his family and friends, both those around him and those who have preceded him beyond the veil.

Robert was born April 22, 1936, in Provo, Utah, the son of Leo P. and Ione Thomas Hales.  He is survived by his sister, Joan Fryer of St. George, Utah, and brother, Reed Hales (wife Kay) of Provo.  On his return home from serving an LDS mission in the West Central States Mission, he married Barbara Joan Barrow in the Salt Lake Temple on August 22, 1958.

Robert  graduated from Provo High School in 1954 and then attended Brigham Young University where he eventually earned three degrees :  Bachelor of Science,  Master of Religious Education, and Doctor of Education.  He taught Seminary in the Church Education system in Park City, Nephi, and Blanding Utah.  He then returned to Provo and taught History at Dixon Junior High School for many years. He initiated the first Advanced Placement History program in Provo at Timpview High School.  He loved young people and tried to instill a love of learning in them.  After leaving the public schools he turned to real estate, eventually becoming a Broker and beginning his own company, This Is The Place Realty.  His last employment was at BYU as an Administrator in Conferences and Workshops where he served for 20 years.

Robert  served faithfully in many callings in the Church.  Some of his favorite callings were: temple worker, family history specialist, gospel doctrine teacher and being a missionary.

To order memorial trees or send flowers to the family in memory of Robert Hales, please visit our flower store.