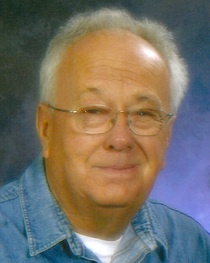 Robert D (Bob) Horton of Elk Ridge, Utah, beloved husband, father, uncle, grandfather and friend, succumbed to a brave battle with cancer and went home to be with the Lord on Thursday, February 27, 2014.  Bob was born July 13, 1932 in Santaquin, Utah.  He proudly served stateside in the US Air Force during the Korean War and later spent his career with Shell Oil Co.  In his retirement he most enjoyed coaching fast pitch softball for various teams on which his granddaughters played in Payson.  He was loved by all who met him.

He will be sorely missed by those of us who remain; yet we look forward to a great reunion one day.

Memorial services will be held Monday, March 3rd at 11:00 am at the Brown Family Mortuary, 66 South 300 East, Santaquin, where family will greet friends one hour prior to the service.  Interment with military rites will follow in the Nephi Vine Bluff Cemetery.

To order memorial trees or send flowers to the family in memory of Robert Horton, please visit our flower store.