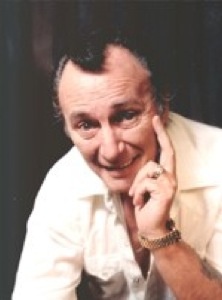 On February 14, 2009 Robert Wesley Perkins went on his Final Fantasy! He passed away a day before turning 62 in Provo, Utah due to a brain hemorrhage. He was born February 15, 1947 in Rupert, Idaho to Orris Smith and Ruth Orr Perkins. Robert served in the U.S. Navy on the Kitty Hawk aircraft carrier and was a disabled veteran. He was a member of the LDS Church. He loved playing video games. He was loved by his family and friends and always had a smile on his face. He is survived by sisters, Florence Adelia Coombs and Linda Gaye Hebert, brother, Garth LaMar Perkins, and many nieces and nephews. He was preceded in death by his parents, and a sister, Ruth Agnes Perkins. A viewing will be held at the Holladay-Brown Funeral Home, 66 South 300 East, Santaquin on Thursday, Feb. 19th from 9:30 to 11:00 am. Graveside services with Military Rites will be held at the Utah Veterans Memorial Park at Camp Williams at 12:00 noon.

To order memorial trees or send flowers to the family in memory of Robert Perkins, please visit our flower store.