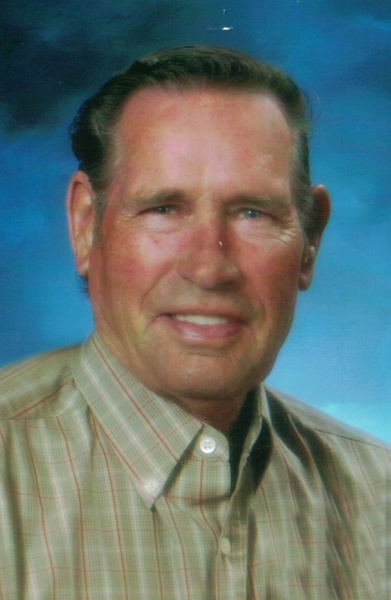 A great man, Robert (Bob) Evan Warenski passed away at his home in Santaquin, Utah on June 4, 2018 from cancer with his loving wife, Dawn, and his children by his side.  He was born June 27, 1936 in Pioche, Nevada to Max and Marjorie Larson Warenski.  He was the second of ten children, three boys and seven girls.  He was a member of the Church of Jesus Christ of Latter-Day Saints.

As a young boy, Bob lived in Pioche, Nevada, Deadwood, Idaho, Hailey, Idaho, Butte, Montana, and Santaquin, Utah.  He worked at many jobs during his youth, including the pea vinery in the Benjamin/Lake Shore area, the cannery in Spanish Fork, picking cherries in the local orchards, and topping sugar beets in Genola.  He gave most of his earnings to his mother to help with the family expenses.  When he was old enough, he went to work at a manganese mine with his father on the Utah West Desert in a town called Joy.  He also worked in the uranium mines in LaSalle in Southeastern Utah and the coal mines in Columbia, Utah.  He worked in Mona Pole Canyon at the Privateer Mine for several summers.  In 1963, he went to work for Kennecott Copper Corporation at the Burgen Mine, where he worked for 21 years.  He also worked for the Sunshine Mining Company in Big Creek, Idaho for two years.  He later retired from Kennecott Copper as a mine foreman.  After retiring, he went to work part time for the BLM, the Bureau of Reclamation, and the Centennial Development Company.  He was a hard worker and he loved mining, never missing even one day of work.  He was as tough as nails and expected those that worked for him to do their job.  He was also good at complimenting others on a job well done.

Bob met the love of his life, Dawn “Midgie” Christensen, at a New Year’s Eve dance in Moroni, Utah in 1954.  Four years later, they were married on May 9, 1958 in Chester, Utah.  They celebrated 60 years of marriage this year.  Together they have three children, Laiel Ann, Robert Scott (Kathy), and Dayna Dawn (Chad).  Family meant a lot to Bob, and he always worked hard to love and support them in everything they did.  He looked forward to the annual Warenski family reunion held at his home for many years on Memorial Day weekend.

He attended school in Hailey, Idaho, Butte, Montana, Santaquin, Utah, and Payson, Utah.  He quit high school in the 11th grade and later received his Payson High School Diploma while serving in the Army.

Bob was drafted into the Army on November 16, 1959 and went to Fort Ord, California for basic training.  Because of his experience with explosives while working in the mines, he was assigned to the Chemical Corp.  After basic training, he was sent to Anniston, Alabama for CBR (Chemical, Biological, Radiological) training and then to Fort Lewis, Washington for the remaining time.  While in the Army, he was involved in making simulated bombs, using flamethrowers, and in the training of personnel on the use of chemical weapons and explosives.  Bob’s company was involved in the making of the movie, “Ring of Fire.”  They used flamethrowers to burn the forest as the train went through it.  It was one of his favorite memories from his time in the military.

Bob was an avid hunter and fisherman, and excelled at both hobbies.  He had a wonderful limited entry deer hunt last October with his wife, Dawn, despite suffering from stage 4 lung cancer.  In his later years, when asked why he didn’t go fishing as often, he would reply, “I’ve already caught every fish six times.”  He also went on many trips with his wife, the most memorable being a humanitarian expedition to Kenya, Africa.

He dedicated many hours in creating the Mine Room at the Santaquin Museum.  He thoroughly enjoyed talking about mining with those who visited the museum, especially the school students.  It was a labor of love for him.

There will be a viewing on Monday, June 11th from 6:00 to 8:00 p.m. at the Brown Family Mortuary located at 66 South 300 East in Santaquin, Utah.  Funeral services will be held on Tuesday, June 12th at 11:00 a.m. at the Santaquin North Stake Center on 545 North 200 East in Santaquin, Utah.  A short viewing will be held prior to the funeral services from 9:45 to 10:45 a.m. at the stake center.  Following the services, Bob will be laid to rest at the Santaquin Cemetery with military rites by Santaquin American Legion Post 84.

To order memorial trees or send flowers to the family in memory of Robert Warenski, please visit our flower store.