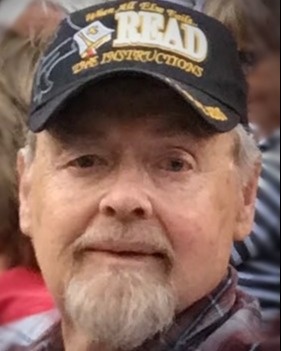 Robin Lynn Tilby, was born on April Fool’s Day, April 1, 1947, in Richfield,  Utah but he was no joke. He was the only child born to his adoring parents Carl Lynn Tilby and Zelma Juanita Campbell. Our loving husband, father, grandfather and great grandfather passed away September 14, 2022 at his home in Spanish Fork.

He started a long career in civil service at Tooele Army Depot. He was drafted to the Vietnam war serving two years in Korea. Shortly after returning from military service September of 1968, he met Marsha Dawn Clayson. Their courtship was brief. They eloped to Ely, Nevada and were married February 3, 1969.

Rob and Marsha made their home and raised their family in Eureka, Utah. Not only did they raise three children of their own, but they also helped to support and raise Marsha’s 4 younger siblings who all spent time living with the couple. Rob was a positive influence in their upbringing. They often had nieces, nephews, or friends of their children living with them. Caring for all as their own.

He loved to hunt, fish, camp and spend time outdoors. He was always willing to take extra kids along on the adventure, something he learned from his dad. He took the time to teach gun safety, how to string a fishing pole, cast a reel and clean a fish. He could not get enough of fishing. We teased if he wasn’t fishing, he was asking to fish.

Rob was a self-taught expert mechanic, a trait he passed down to his only son.

Rob was a bit of a hell raiser in his early years. Some would say the life of the party, but at 40 he realized a need to change his life for the better. He found sobriety and then a deep and lasting love of God. He was a member of the Eureka United Methodist Church and after retirement moved to Lyman, Wyoming where he joined Bridger Valley Assembly of God. Rob loved his church family. Serving, studying the Word and fellowship were among his great’s joys in life.

Rob and Marsha spent several years living in Lyman helping to care for their grandchildren. Dad loved his time in Wyoming, spending time with the kids, teaching as he had his own children. While living in Wyoming he fought a valiant battle with esophageal cancer. He defied the odds and survived but it took a toll on him. He then faced many bouts of pneumonia, lengthy hospital and rehab stays. In Wyoming his daughter, son-in-law and family really stepped up to help with his care. In the last few years, as his health declined, all he wanted was to be at home with his loving wife and his puppies Susie, Missy B, Speedy and most recently Zoe. With the help of the Lord, and his ever-faithful son and daughters, they were able to move to a new home in Spanish Fork. Dad found peace knowing Mom would be happy and cared for. He was then able to live out the remaining months as he had wished at home.

The family wishes to express a sincere thank you to the incredible staff at the SLC VA, especially dads primary care physician Dr. Christina Gallop. The staff of Apple Valley Hospice, Jody and Jake Putnam, and Chaplin Jewel.  Janie Delong his sister by choice, for the amazing care and support.

A memorial service celebrating Rob's life will be held Thursday September 22, 2022 at 12:00 noon at the Eureka United Methodist Church, 183 W Main Street, Eureka, Utah  where family will greet friends from 11:00 a.m. to 12:00 p.m. Interment will immediately follow at the Eureka City Cemetery.
To order memorial trees or send flowers to the family in memory of Robin Lynn Tilby, please visit our flower store.
Send a Sympathy Card