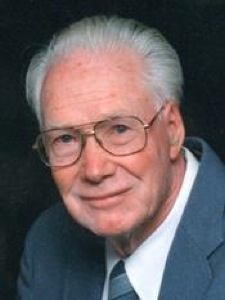 Ronald Cecil Cones, 84 of Eureka, was born in Los Angeles, California on November 26, 1928 to his parents, Rachel Miller and Franklin Carr Cones. He was raised in Grand Junction, Colorado during his elementary school years, then Price, Utah for his high school and junior college years. During his years at Utah State Agricultural College he did trampoline and acrobatic dance performances and lettered in diving and swimming. He graduated with a teaching degree in 1950. When "Uncle Sam" wanted Ron, he opted for the Air Force which took him to Lackland, Texas; Sampson, New York; Cheyenne, Wyoming, and Williams Air Base in Arizona.

In July of 1951, he met Elizabeth (Betty) Kresge, who was life guarding at the Brand Park Pool, Elmira, New York. They married in the Manti Temple on September 20, 1951. Upon his discharge from USAF, they went to Logan, Utah for post graduate studies at USAC; then he taught school in Wellington, Utah. A job with Utah County Health Department took them to Orem (Vineyard Ward) for several years.

Ron had enough cold and snow, so they returned to Arizona where he taught school for 25 years, and swimming school during the summers.

During his lifetime, Ron faithfully served the Lord by teaching Sunday School and Priesthood lessons, scouting, missionary lessons and was a bishop's counselor, a bishop and a temple ordinance worker.

Because of Betty's health, they returned to Utah to a "piece of heaven on earth," a country home outside of Eureka. Their earliest plan was to serve a mission together during retirement; Living in Eureka has been their fulfillment. Also, they served in the Washington DC temple, then the Provo temple.

Funeral services will be Saturday, May 18th at 11:00 am at the Eureka LDS Chapel. Friends may call at the Brown Family Mortuary, 66 South 300 East, Santaquin, Friday from 6 to 8 pm and Saturday at the church from 9:45 to 10:45 am prior to services. Interment, Eureka Cemetery.

To order memorial trees or send flowers to the family in memory of Ronald Cones, please visit our flower store.