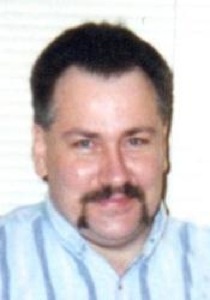 Ron attended schools in Orem and graduated from High School in 1977. He went on to two years of college in Building Construction. He worked in auto body repair for over 20 years.

He is survived by his stepson, Perry Stuart; daughters, Tawna and Shaylee Drummond; mother, Marion Drummond; and a sister, Roxiann (Brent) Hunter. He was preceded in death by his father, Darl.

Funeral services will be Saturday, July 13th at 11:00 am at the Brown Family Mortuary, 66 South 300 East, Santaquin, where family and friends may call Friday from 6 to 8 pm and Saturday one hour prior to services. Interment, Orem City Cemetery.

To order memorial trees or send flowers to the family in memory of Ronald Drummond, please visit our flower store.