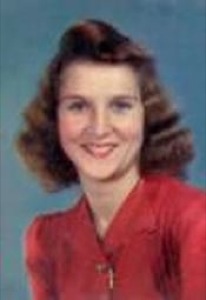 Rose Sonntag Lane, age 91 of Genola, passed away May 29, 2011 in Payson. She was born October 30, 1919 in Brooklyn, NY to Joseph and Agnes Neu Sonntag. She married Walter Kenneth Lane in St. Malachy's Catholic Church on June 13, 1942 in Brooklyn. Rose attended Abraham Lincoln Jr. High and Girls Commercial High both in Brooklyn and also Drakes Business School in Queens.

Rose was a 2nd Lt. to the first Mounted Girl Scout Troop #222 in Queens in 1940-41. She was a member of the San Andres Catholic Church in Payson.

She is survived by a daughter, Sherry Lane (Lee) Carroll, of Genola, a son, Michael (Karin) Lane, of Payson, a grandson, Christopher (Christine) Lane, of Santaquin, and three great grandchildren, Katelyn, Sydney and Christopher.

There will be a viewing held at the Holladay-Brown Funeral Home, 66 South 300 East, Santaquin on Tuesday, May 31st from 6 to 8 pm with a Rosary service at 8:00 pm. A graveside service will be held Wednesday at 11:00 am at the Santaquin City Cemetery.

To order memorial trees or send flowers to the family in memory of Rose Lane, please visit our flower store.