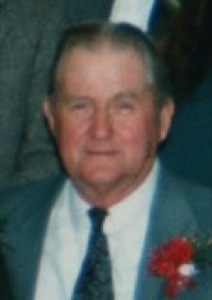 Roy “Jack” Olson, age 80, passed away peacefully surrounded by his family on February 8, 2010. He was born December 17, 1929 in Santaquin to Roy Victor and Vera Wilson Olson. He was sealed to his best friend, Nola Rae Butler, in the Manti LDS Temple on July 21, 1948.

Jack continued in his father's footsteps expanding the greenhouse business. His children and grandchildren will always remember him for his work ethic and his continued love and support that he so freely gave. He found enjoyment in taking his grandchildren fishing, playing games and going to Jazz games. He spent many hours carving cherished treasures for his children and grandchildren.
He was an active member of the LDS church where he served in various callings including Scoutmaster, in the High Priest Group leadership and was currently serving as a Temple Patron.

Funeral services will be held Saturday, February 13th at 12:00 noon at the Old Santaquin Stake Center, 90 South 200 East. A viewing will be held at the church on Friday from 6 to 8 pm and Saturday from 10:30 to 11:45 am. Interment, Santaquin Cemetery.

To listen to a recording of the service click here
To order memorial trees or send flowers to the family in memory of Roy Olson, please visit our flower store.