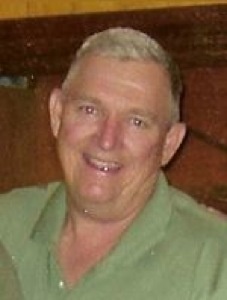 C. Samuel “Sam” Swain, 55, of Orem, died Sunday, February 25, 2007 at home surrounded by his family after a hard fought battle against esophageal cancer. He was born November 24, 1951 in Ocala, Florida to Clifton and Doris Swain.
Sam grew up in Ocala and Jupiter Florida. He loved his barefoot, southern country lifestyle. He spent many hours fishing, hunting, and roaming though the swamplands that he considered home. He also developed his love of sliding under a car and the feel of grease on his hands. In his youth, he was taught the importance of hard work and service and taught these lessons through out his life to everyone he met.
He served a full time mission to the California, Los Angeles mission from 1971-73, where he met and baptized his eternal companion, Catherine Clark Swain. They were married in the Los Angeles Temple on November 22, 1974. He never understood how a woman as wonderful as Cathy, could fall in love with a simple country boy. They were blessed with six children and nine grandchildren, who will all miss the example of such a wonderful father and grandfather.
As a small business owner, Sam always tried to support other local businesses and was always willing to offer advice and his knowledge on owning and operating your own business to anyone. He wanted everyone to succeed.
He gave many countless hours of service to his church and fellow ward members. He taught the gospel with such a passion and understanding, you couldn’t help but feel the love of our Savior and Heavenly Father around you. His testimony of families and eternal life will continue to be a great comfort to those he has temporarily left behind.
Sam is survived by his wife, Cathy Swain, and his six children, Rhonda (Greg) Spears, of Payson, Clif (Rosario) Swain, of Spanish Fork, Melissa (Cody) Southwick, of Lehi, Emma Swain Wright, Daniel Swain and Sarah Swain, all of Orem, nine grandchildren, his sisters, Sherry (Art) Adcock, of Santaquin, Linda (Layton) Wilkerson of Mississippi, his brother-in-law, Steven (Jenny) Clark, of San Bernadino, CA, sister-in-law Mary Ruth Clark, of Cerritos, CA, two nieces, and seven nephews, who all shared a very special bond with their Uncle. He was preceded in death by his parents, Clifton and Doris Swain.
Funeral services will be held Friday, March 2nd at 11:00 a.m. in the Sunset Heights 6th Ward, 500 South 600 West, Orem. Friends may call at Sundberg-Olpin Mortuary 495 So. State Street, Orem, on Thursday from 6 to 8 p.m. and Friday at the church from 9:45 to 10:45 a.m. prior to services. Interment, Santaquin City Cemetery under the direction of Holladay-Brown Funeral Home, Santaquin.
A fund in Sam’s name has been established at any Capital Community Bank for the family.
To order memorial trees or send flowers to the family in memory of Sam Swain, please visit our flower store.