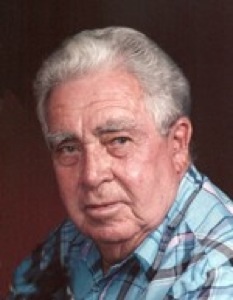 Francis William LeRoy Shepherd, known as "Scott" was born July 29, 1919 in Santaquin Utah to Francis and Iva VanAusdal Shepherd. He died surrounded by his loved ones, September 27, 2009 in Santaquin, Utah.

Scott married Mary Anderson of Spanish Fork on July 5, 1947 in Pioche, Nevada. Their marriage was sealed for time and eternity on June 18, 2007 in the Provo Temple.

Scott's treasure in life was his family. He enjoyed fishing, hunting, camping, working in his shop, going for rides, and reading good books. He worked as a mechanic and blacksmith, he could fix anything, he would design and build any part that he couldn't buy for his projects. He served his country in World War II in the 8th Army Air Corp.

A graveside service will be held Wednesday September 30, 2009 at the Santaquin Cemetery at 11:00 a.m. Friends are invited to a visitation Tuesday evening from 6 to 8 pm at the Holladay-Brown Mortuary, 66 South 300 East in Santaquin. Burial will be in the Santaquin City Cemetery with military rites by Santaquin American Legion Post 84.

To order memorial trees or send flowers to the family in memory of Scott Shepherd, please visit our flower store.