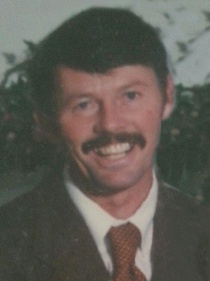 Scott Trotter, age 60 of Goshen, died May 30, 2014 after fighting a long, hard battle with illness.  He was born July 20, 1953 to Stanley Howard and Marjorie Gardner Trotter.  He was raised in Goshen and educated at Goshen Elementary and Payson High School, graduating in 1971.  He married Annette Cook and later divorced.  They had one son, Abraham Cook.  He married Cynthia Fern Horton November 11, 1994 and they were later sealed in the Provo LDS Temple.  They were blessed with a daughter, McKenzie Lynn Trotter.

Scott loved his family and he loved people, especially little children.  He loved to laugh and tease his daughter and mother-in-law.  He enjoyed shooting the breeze and drinking Pepsi with the boys down at the gas station.  He loved helping others and would go out of his way to help even when others wouldn’t.  He had a big heart of gold.  He loved the outdoors, hunting, fishing, camping and running his dogs.

He is survived by his wife, Cindy; son, Abe, daughter, McKenzie and four grandchildren; a brother, Howard (Glenna) Trotter and a sister, Diana (Bob) Wolfe.  He was preceded in death by his parents, father-in-law and grandparents.

The family would like to thank Howard, Diana, Ross Bradford, George Fridell, and James and Betty Simmons for all of their extra help, support and friendship.

To order memorial trees or send flowers to the family in memory of Scott Trotter, please visit our flower store.