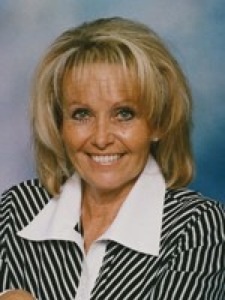 Sharilyn Carter Erickson, age 58, of Santaquin, Utah, passed away surrounded by her loved ones on August 13th, 2009 after a long battle with cancer.

She was born on June 12th, 1951 in Provo, Utah to Eugene Carter and Connie Westerwelle. She graduated from Orem High School in 1969. On August 21st, 1970 she married Kent Q. Erickson in Springville, Utah. Next came the call of her life, motherhood. They raised 2 children, Shilo (Kaycee) Erickson, Mona, and Brooke (Colby) Warner, Santaquin. She would give anything to help her children and did years of hard work to achieve that. After that was the next best stage of her life, being a grandma to Payden and Mckayzli Erickson. She was greatly anticipating the arrival of her grandson in December.

Sharilyn was talented in many ways. Whether it was her sewing or her yard work, she had a natural skill for many things. She had an endless energy for life. We, her family, would like to thank the countless nurses and doctors that helped with her 4 year long struggle with cancer. Also her children would like to thank their father for retiring early and helping in hardest year of their mother's life.

Graveside services will be held Wednesday, August 19th at 11:00 am at the Santaquin Cemetery. There will a luncheon open house from 1:00 pm to 3:00 pm at the Clarion Manor at 463 E 100 N Payson, Utah. Family and friends are welcome at both the graveside and luncheon.

To order memorial trees or send flowers to the family in memory of Sharilyn Erickson, please visit our flower store.