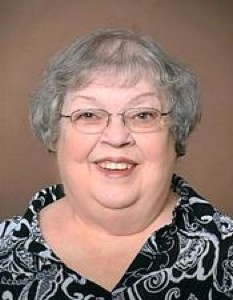 She joined the Church of Jesus Christ of Latter-day Saints later in life, embracing and exemplifying the teachings of the gospel. Shirley was a dedicated wife, mother and grandmother. She will be remembered for her countless hours of compassionate service. Shirley loved to bake, often bringing homemade meals, bread, or cookies to those who were struggling or in need. Beloved by all, Shirley was known for her selflessness and unconditional love to everyone around her. She had a special talent for making people feel important with her kind words and gentle encouragement, never speaking an unkind word of anyone.

A viewing will be held Friday, April 8th from 6 to 8 pm at Holladay-Brown Funeral Home, 66 South 300 East, Santaquin. Funeral services will begin at 11:00 am on Saturday, April 9th at the Genola LDS Chapel, Center and Main. A viewing will precede the service from 9:30 to 10:45 am. Interment, Genola Cemetery.

To order memorial trees or send flowers to the family in memory of Shirley Manookin, please visit our flower store.