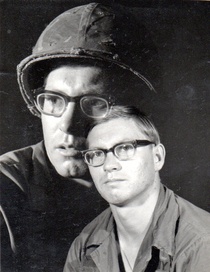 Steven served in the United States Army where he received 2 purple hearts.  He worked as a hard rock miner.

Steve was the most kind-hearted person and would give you the shirt off his back.  He was so humble and kind to all he met
.
He is survived by his sisters, Sheila (Fred) Jensen, Kathleen Wing, Chris (Sam) Baldwin; and a brother, Dean (Eva) Palmer; many nieces, nephews and great life-long friends.  He was preceded in death by his parents, a brother and a sister.

Graveside services will be held Tuesday, May 2nd at 11:00 am at the Goshen City Cemetery with military rites by Goshen American Legion.

To order memorial trees or send flowers to the family in memory of Steven Palmer, please visit our flower store.