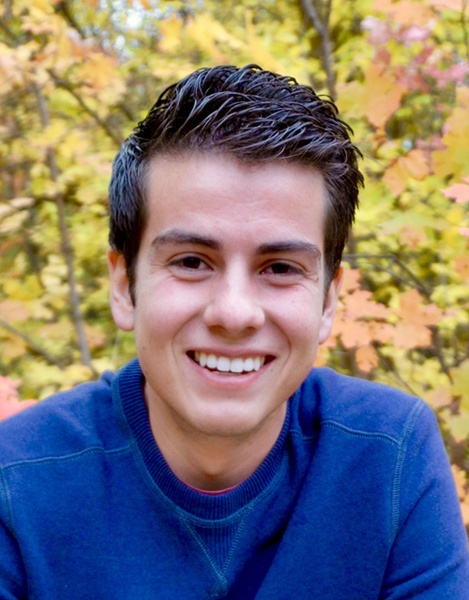 Taylor graduated from American Leadership Academy in Spanish Fork, UT in 2014 and then briefly studied at BYU before working towards graduation this coming December at UVU. Taylor was recently hired at BD Medical in Sandy, UT and was excited to begin his career there.

Taylor had a grand love and appreciation for the outdoors and spent as much time as possible enjoying its beauties. Taylor was an avid hiker and snowboarder, scaling Mt. Timpanogos in the winter on various occasions.

Taylor’s other love was music, where he excelled at the piano and guitar. He would occasionally play for family and friends but found much comfort in playing just for himself. His father often commented that

Taylor didn’t play notes on a page, but he played with his heart and emotions.

Taylor was a very inquisitive and loved to learn. He was a voracious reader and amassed knowledge way beyond his years. He parlayed that knowledge and command of the English language into a wit that could put a smile on anyone’s face, as followers of his Instagram and Twitter accounts will attest.

The greatest love of Taylor’s life was his soulmate and best friend, Megan Stanley. Megan brought joy and happiness into Taylor’s life that was undeniable. If any two people were destined to be together, they were Taylor and Megan.

Taylor was preceded in death by his maternal grandparents, Phil and Joan Jones, and by his paternal grandfather, Jay Payne.

Taylor is survived by his loving and heartbroken parents Richard and Diane Payne of Santaquin, UT, siblings Brooke (Tyson) Blauer and niece Allison, of Springville, UT; Spencer, Garrett, Lydia, Melissa and Carter, all of Santaquin, UT, and girlfriend Megan Stanley of Draper, UT, as well as his paternal grandmother, Lynette (Wayne) Fletcher.

Click to download / open
To order memorial trees or send flowers to the family in memory of Taylor Payne, please visit our flower store.