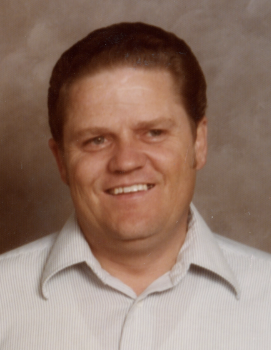 Ted E. Stone passed away on Saturday, October 16th surrounded by his sweetheart and his three daughters: "his girls." He was born in Ogden, Utah on November 9th, 1942. He was blessed to be raised by Dyal & Marie Stone, Myrtle & Ken McCarty, and his cherished grandma, Lorinda Stone. He attended many schools throughout his childhood. He liked to say that every time he went to school, his parents moved and didn't leave a forwarding address.

He was proud to serve his country by joining the U.S. Air Force at the age of 17, serving as a heavy ground radar maintenance specialist. While stationed in San Pedro, California, he met and married his better half, Ann, in December of 1965. In time, they were blessed to welcome three daughters. Ted always said he never felt cheated about only having girls. Oh, how he loved his girls! He devoted his life to his family and always made sure they knew they were loved.

He spent 33 years as a Xerox Technical Representative, repairing copiers and making his customers laugh. Ted was an extremely hard worker and a perfectionist who wasn't satisfied until the job was done right. He led by example and taught his girls the importance of doing every task the right way. He could come up with a creative solution to any problem.

Nothing made Ted happier than making people laugh. He was intelligent and quick-witted, and had a repertoire of one-liners. He made his family laugh right up until the very end of his life. People were drawn to him because of his sense of humor and his loving and accepting nature.

Ted worked hard to gain his testimony, and in April of 1984, he was sealed to his sweet wife and his girls for eternity in the Ogden Utah LDS temple. From that time on, he remained a faithful member of the Church of Jesus Christ of Latter-day Saints with a firm testimony of the Savior and a love of serving others.

Ted is survived by his lovely wife, Ann, and his adoring daughters, as well as their spouses, who were some of Ted's best friends: Dayna and Keith Deppe, Misty and Kelly Hoyt, and Mandy and Erik Shegrud. He was a proud grandpa to Jantzenand Kristil, Jadrienne, Savannah, Breklin, Chandler, Garret, Kambrie, Hadlee, and Zackary. Additionally, he was blessed with two beautiful great-granddaughters, Kaylee and Emma.

He is also survived by his brothers and sisters: Mike (Rebecca), Susan (Ren), Brad (Gretchen), Noel, Gary, and Janet (Steve).

He was excited to be reunited with loved ones who had preceded him in death: his parents, Ann's parents, his older brother, Jim, and his granddaughter, Sierra.

Ted's family wishes to extend sincere gratitude to the incredible team at Encompass Hospice, who quickly became our family.


Send a Meaningful Gift or Donation

To order memorial trees or send flowers to the family in memory of Ted Stone, please visit our flower store.