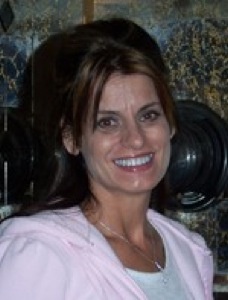 Teresa Marie Redmond was reunited with her daughter, Hillary and her Grandma Hannifin, on February 10, 2009. She worked for Union Pacific Railroad in her home for many years. She had a special bond with her son, Conlin. She loved spending time with her family and friends. She had many friends, including a very special one, Bret Collins. She also had two other children, Madison and Anthony. She was a free spirited, happy person who would give you the shirt off her back if she knew it would make you happy. People who knew her, well remember her smile. Inside and out Teresa was one of the most beautiful people God ever gave us the chance to get to know. She was a very loving mother, daughter, sister and friend. She is survived by her children, Conlin, Anthony, and Madison; her parents, Brent Redmond and Gail Redmond; her sister Lisa Lynn (BJ) Gordon, two brothers, Michael Wade (Tina) Redmond, Ricky Curtis Redmond; her grandmother Thelma Redmond, and many aunts and uncles. She was preceded in death by her grandfathers, Guy B. Redmond and Glen Long and her grandmother, Rachel Hannifin. A gathering for family and friends will be held Friday, February 13th from 6 to 8 pm at the Holladay Brown Funeral Home, 66 South 300 East Santaquin Utah.

To order memorial trees or send flowers to the family in memory of Teresa Redmond, please visit our flower store.