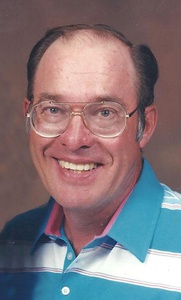 After a valiant battle with a long term illness, Terrence (Terry) George Steele, 72,  passed away peacefully in his sleep on Tuesday, December 10, 2013 into the arms of the Savior, his parents and many beloved family and friends.
Terry was born in Payson, Utah to Cloy and Edna Steele.  He grew up in Santaquin where he made many good friends.  He had a special bond with his family and his cousins were some of his best friends.

Terry met the love of his life, Judy Moore, in high school.  They were married on Friday, April 13, 1961 and Terry always said that that was the luckiest day of his life.  They were blessed to spend 52 years together.  Their marriage was later solemnized in the Manti, Utah Temple.  They have five children; Terri Lynn (Jeff) Trujillo, Darrel (Patti) Steele, Brenda (Jay Dee) Shupe, Erik Steele and Shelley (Les) Davies, all of Santaquin.

He worked at the Burgin Mine in Eureka, Utah and then at Geneva Steel until it closed.  He then worked at the Spanish Fork Foundry.  His passion in life besides his family was a love of being on the desert looking for rock samples.  His dream was realized when he had the opportunity to work as a consulting geologist with his cousin/brother Bob Steele.  He realized what a gift it was that he was blessed with the opportunity to spend so many hours doing what he loved.  He always said he felt close to his Father in Heaven on the desert.

Terry was a member of The Church of Jesus Christ of Latter-day Saints and served in many callings including a counselor in a bishopric.  Many people remember his impact as a teacher.  He gained such a strong testimony of the Savior and a love for Heavenly Father through his trial with his health.  Through his illness he gained a deeper love for his dear wife who lovingly cared for him until he graduated from this life.

Terry is survived by his wife Judy, his children, 18 grandchildren and seven and a half great grandchildren. He is also survived by his sisters and brother in laws; Rose (Wever) Gim, RI, Janet Ewell, Payson, Virginia (Paul) Sorensen , Spanish Fork and Marilyn Bowers, Santaquin.  He was preceded in death by his parents, his brothers; Darrel, Duane (Bud), Max (Sam) and sisters Betty Mae Coombs and Sharon.  He was also preceded by beloved brothers in law and a sister in law.
The family would like to extend a special thank you to his loving hospice caregivers; Debbie, Corrie, Rose, Jim and the rest of the Complete Compassion Hospice team.  Bless you Harold!

All of his children want mom to know how thankful we are to her for the countless hours of loving care you gave dad and how thankful dad is for your sacrifice and dedication to him.

Terry/Dad, we are so thankful for your strength and courage, you gave your all.  Now you are free to roam the desert without physical limitations.  We love you forever.

Funeral services will be held Monday, December 16th at 11:00 am at the Santaquin North Stake Center, 545 North 200 East.  Viewings will be held at the Stake Center on Sunday evening from 6 to 8 pm and Monday from 9:45 to 10:45 am prior to services.  Burial, Santaquin City Cemetery under the direction of Brown Family Mortuary, Santaquin.

To order memorial trees or send flowers to the family in memory of Terry Steele, please visit our flower store.