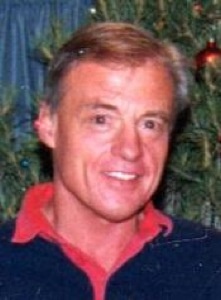 Therold Alburn Woolsey, 77, passed away August 15, 2011 in Santaquin. He was born February 28, 1934 in Murray, Utah to George Dee and Carol May Watts Woolsey. He married Colleen Greenhalgh Sept. 4, 1953 in Santaquin. Their marriage was solemnized in the Manti LDS Temple February 28, 1964.

Therold worked as a switchman for the railroad at Geneva Steel for 31 years and later worked for Mountainland Apples. He enjoyed music, singing and writing poetry but his passion was the railroad and trains. He loved being in the outdoors and exploring in the desert and in his younger years he loved to hunt and fish. He was a loving Grandpa and would do anything for his grandkids. Anyone who met him came away feeling like they were a friend.

Survivors include his wife, Colleen; children, Michael (Julie) of Payson, Clifford of Santaquin, Catherine (Frank) Barnett of Spring Lake, Christopher (Laura) of St. George, Jaynann (Victor) Yanez of Santaquin; 12 grandchildren and 6 great grandchildren; and two brothers, Benjamin and David Woolsey. He was preceded in death by his parents and a daughter, Michelle.

A viewing will be held at the Santaquin 9th Ward, 545 North 200 East, Friday, August 19th from 9:30 to 10:30 am. Graveside services will follow at 11:00 am at the Santaquin City Cemetery under the direction of Holladay-Brown Funeral Home, Santaquin.

To order memorial trees or send flowers to the family in memory of Therold Woolsey, please visit our flower store.