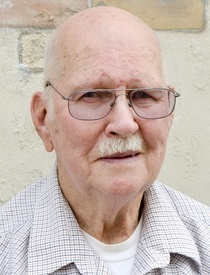 Thomas Edward Manning, 77, passed away March 31, 2015 in Santaquin.  He was born May 18, 1937 in Casper, Wyoming to Joseph William and Mae Belle Gainsforth Manning.  He married Boletta Chloe Gardner and they later divorced.

Tom was an avid hunter, fisherman and accomplished trap shooter.  He was very proud of his many construction accomplishments including the Alaskan pipeline and other jobs around the world.

A special thanks to IHC Homecare and Hospice nursing staff.

A memorial service will be held Saturday, April 4th at 11:00 am at the Brown Family Mortuary, 66 South 300 East, Santaquin.

In lieu of flowers, please donate to The Humane Society of Utah in his memory.

To order memorial trees or send flowers to the family in memory of Thomas Manning, please visit our flower store.