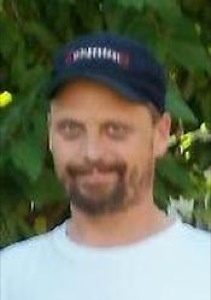 Timothy Owen Davis, age 43, of Santaquin, returned to his Heavenly Father on December 23, 2012, due to an untimely tragic accident. Timothy was born on January 5, 1969 in Payson, Utah to ElRay and Merelda Smith Davis, and lived in Santaquin throughout his life. During his life he had the opportunity to experience numerous jobs and gained knowledge in several trades, which allowed him to befriend a variety of people throughout the community. He enjoyed camping and playing the drums.

Tim was a member of the Church of Jesus Christ of Latter Day Saints. He dearly loved his daughter, Savhanna, who was his pride and joy. They spent time together making bird houses, snowmen, and catching an assortment of bugs. He loved the quality time spent taking her to and from school as well as the library. They shared a love of books and movies and enjoyed every minute together. He is survived by his daughter Savhanna, his mother, Merelda Davis, three brothers, Joseph Ray (Mary) Davis, Martin (Lynnae) Davis, of Santaquin, and Kevin (Shari) Davis of Cedar City; and one sister, Terry (Keven) Kester of Santaquin. He also had many nieces, nephews and extended family members who loved him dearly. He is preceded in death by his father, ElRay Davis, and a great nephew, Kayden Davis.

To order memorial trees or send flowers to the family in memory of Timothy Davis, please visit our flower store.