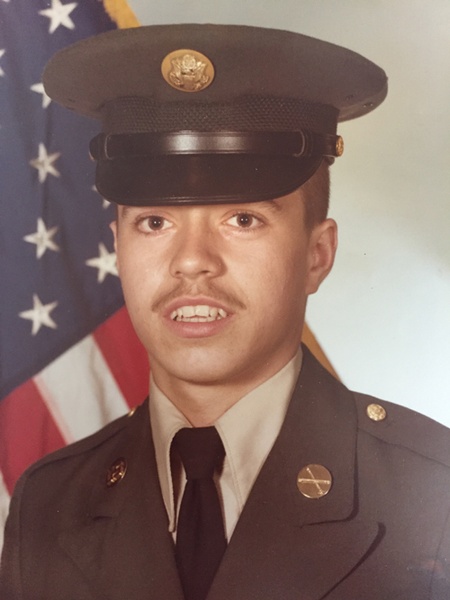 Timothy Scott Davis, age 56, died July 26, 2017 in Mapleton, Utah.  Scott was born June 6, 1961 as the first of sixteen children to Clare and Trita Davis of Spanish Fork, Utah.  Scott grew up in Spanish Fork. He was a member of the Church of Jesus Christ of Latter-day Saints. He had a fun personality and was very charismatic. He is described as a "team player".  He was a hard worker.  He served in the Army for 15 years receiving the Adjutant Generals' Award for his accomplishments in the course of class No. 23.  He was an NCO Advanced Training Instructor with the achieved rank of E-7 SFC.  He was an outstanding graduate in the course that featured instruction such as leadership, military drill, and map reading. He was an excellent soldier and willing to give his life for the cause of freedom.

He is preceded in death by his son Zachary, his brother Samuel, his father Clare and his granddaughter Cleopatra.  Surviving family members are his mother Trita, his wife Janet, 14 siblings, his 5 children (Mandy, Kristopher, Emely, Rachel, and Hunter), 2 step-daughters (Danica and Tessa). He was the grandfather to 17 grandchildren.

Funeral services will be held Saturday, July 29, 2017 at 2:00 pm at the Mapleton Stake Center, 1580 North Main Street, where family and friends will gather one hour prior to the services.

To order memorial trees or send flowers to the family in memory of Timothy Davis, please visit our flower store.